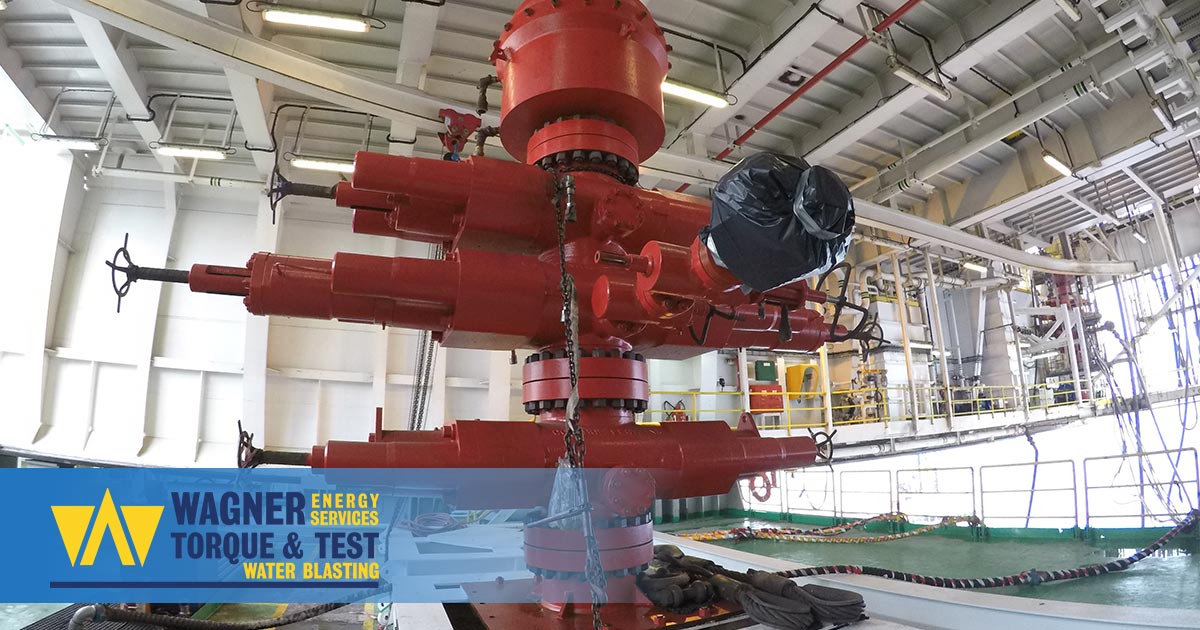 What is a Blowout Preventer & How Does it Work?

A blowout preventer just might be one of the most important pieces of equipment at any oil and gas site, because it’s responsible for the safety of every crew member on site, as well as a lot of expensive machinery. Just as its name suggests, this piece of equipment prevents a rupture from happening at a drilling site, and that makes it the single most important piece of safety equipment at any drilling operation. Read below to find out more about how they are used on drilling operations.

What is a Blowout Preventer Used For?

The blowout preventer is a fairly large valve which is situated on top of a well, and it is generally used to close down the well in the event that the drilling crew for some reason loses control of well fluids. When the BOP is closed down by remotely operated hydraulic actuators, it then becomes possible for the drilling crew to reassert control over what’s happening in the reservoir.

Whatever procedures are necessary will then be initiated so as to increase the mud density, until it’s once again possible to open up the BOP valve and still retain pressure control. There are many different types of BOP’s, and they will have different sizes, styles, and pressure ratings. Since they are so important to site safety, BOP’s are thoroughly inspected, tested, and refurbished if necessary at regular intervals.

The actual testing intervals are determined by assessing the level of risk, local practices, the type of well you’re working with, and any legal requirements governing the operation. Some preventers are used to close down an open wellbore, some are used to seal around the drill pipe, casing, or tubing in the well, and still, others are equipped with hardened steel shearing surfaces, so they will be capable of cutting through the drill pipe. 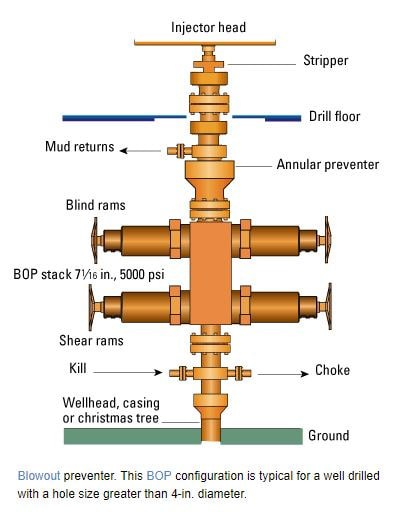 Why Testing is Necessary

The blowout preventer is one of the most important pieces of safety equipment attached to any well, because it prevents the uncontrolled flow of formation fluids when drilling and completion operations are underway. When drilling is being conducted, it’s necessary to pump mud down the drill string, so the bit can be cooled and lubricated, and so that pressure in the well can be equalized.

If the hydrostatic pressure in the well falls below the pressure of the formation, it can cause a kick, which allows salt, oil, gas, and water to penetrate the wellbore. When a kick occurs, these highly pressurized combustible hydrocarbons can be forced to the surface, where they would have the potential to blow out the well and trigger a huge flame.

The unit is capable of controlling this kind of flow, by sealing off the wellbore before any kind of major kick can occur. The reason it’s necessary to test the equipment is to ensure that it is 100% capable of performing the function it was designed for, so everyone on the drilling site can be safe from the possibility of rupture.

What Happens if I Don’t Test my Blowout Preventer?

Failure to test it at regular intervals is an extremely dangerous practice because you’ll never know whether or not the component is ready, in the event that a formation kick leads to a rupture. If one should actually happen and the BOP fails to function as intended, all kinds of catastrophic results are possible.

Probably one of the most famous failures in history was when the BOP onboard the Deepwater Horizon oil rig failed to cut the pipe as it should have to prevent a rupture. It was not really the fault of the preventer, because the pipeline going through the BOP was slightly bent, so it interfered with normal operation, but the catastrophic results which occurred were the same as if the BOP had malfunctioned entirely.

Without regular testing, there’s no way of knowing whether machinery is prepared to carry out the function it was designed for, i.e. shut down a well before a rupture can occur. 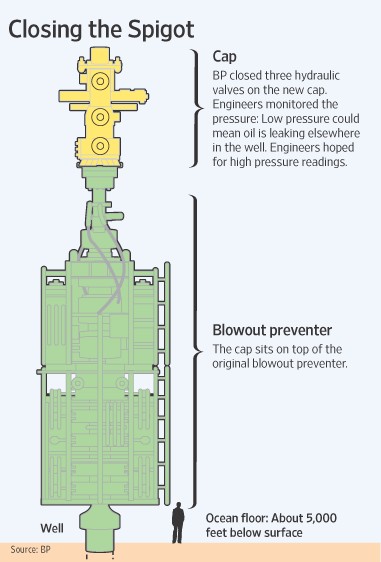 Who Should I Call for Testing?

Given the fact that the testing of this equipment is so critical for the safety of the entire crew, as well as all the machinery at an oil or gas site, it’s absolutely essential that competent professionals regularly test BOP function and capabilities. If you want to be sure that your rupture mechanism is totally capable of performing the function it was designed for, contact the professionals at Wagner Energy Services, LLC, so the appropriate testing can be performed. You’ll have peace of mind, knowing that your oil and gas site is much safer, and that the BOP will be ready to shut down the operation as needed, to prevent any kind of major rupture from occurring.

Get Updates in Your Inbox!